Maroa-Isabell is a multidisciplinary creative and activist with a background in Graphic Design and Illustration. She combines research, graphic design, conversational and written practices to reflect on the agency of the arts in nation building.

One of her long-term projects explores self-advocacy in the next generation of Iraqis whilst examining and inviting discussions about how to create a reflective historical narrative that could boost reconciliation and transitional justice in a society where national identity is a polarising issue.

Woven Reeds is a documentary photography project that explores the environmental issues surrounding the marshlands in the South of Iraq created by political and social conflict from 1950’s till now. The marshland is a woven society in reeds, a place where people and nature are closely bound together in symbiotic sustainable relationships. Their history and way of life date back to the Ancient Sumerians.

The draining of the swamps by the British, Saddam Hussein and more recently the Turkish government led to severe environmental, social, and economic consequences for local residents which drained away their organizational way of life that is organically inseparable from the environment.

The marshes had served as a base for a Shi’a insurrection against Saddam Hussein’s Sunni-led Ba’athist regime, in 1991 he drained the marshes largely to deny their use by insurgents and to punish the Ma’dan for their participation in the uprising. By 2000, the United Nations Environment Programme estimated that 90% of the marshlands had disappeared and 200,000 people displaced.

The strategic location of the two major rivers; Tigris and Euphrates has been weaponised by the Turkish government to gain negotiation power. With dams upstream in Turkey, the recovery of the marshes has proven exceedingly difficult and the rising tensions over water is activating a fear of war between countries in the Mesopotamian region.

The environment continues to suffer alongside the people, a rise in soil salinity has made recovery difficult and the original Marsh Arabs are yet to come back to their way of life. Instead they have been replaced by settlers who continue to force the marshes into more destruction, draining it for more housing and sectioning it up with man-made roads. 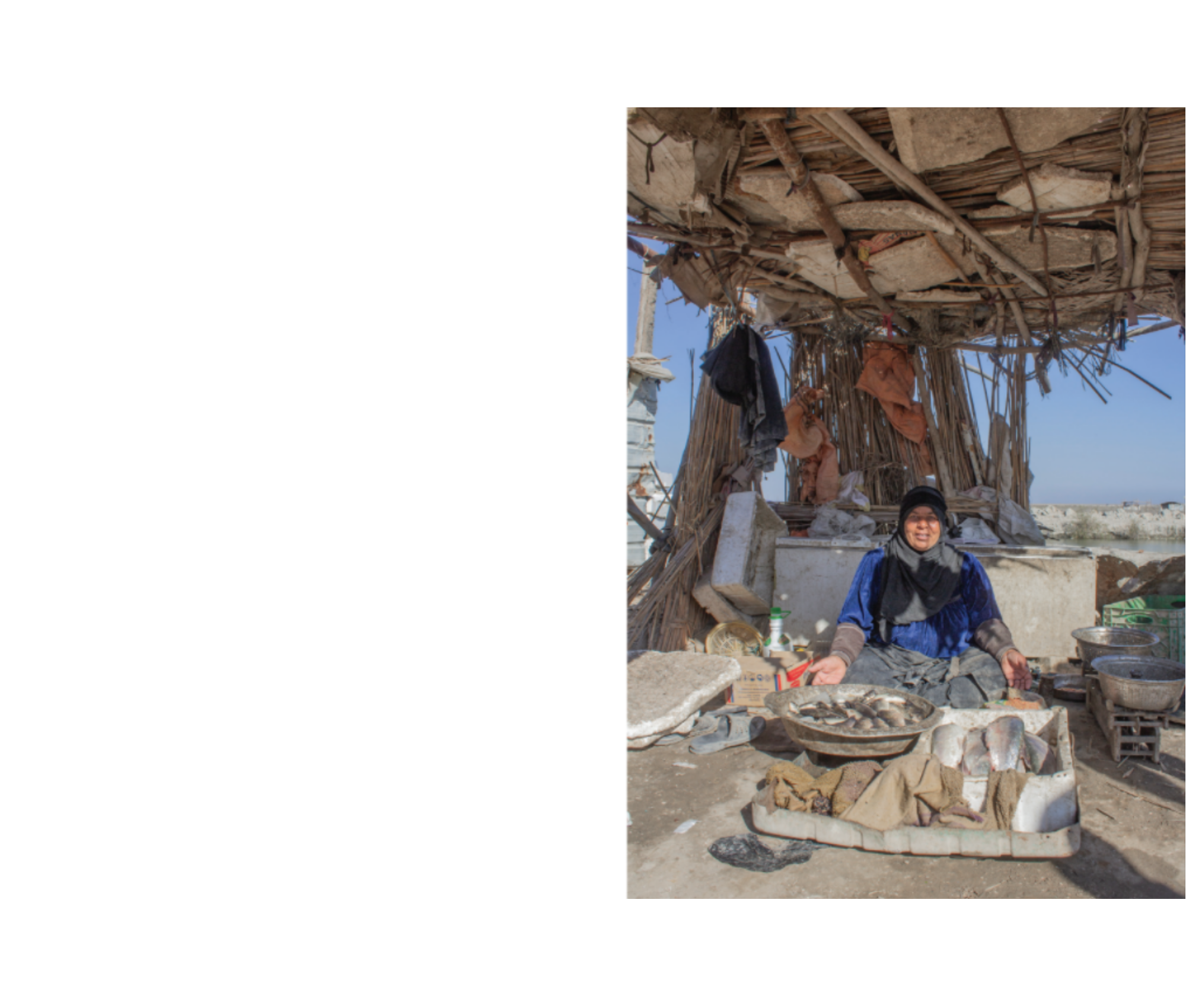 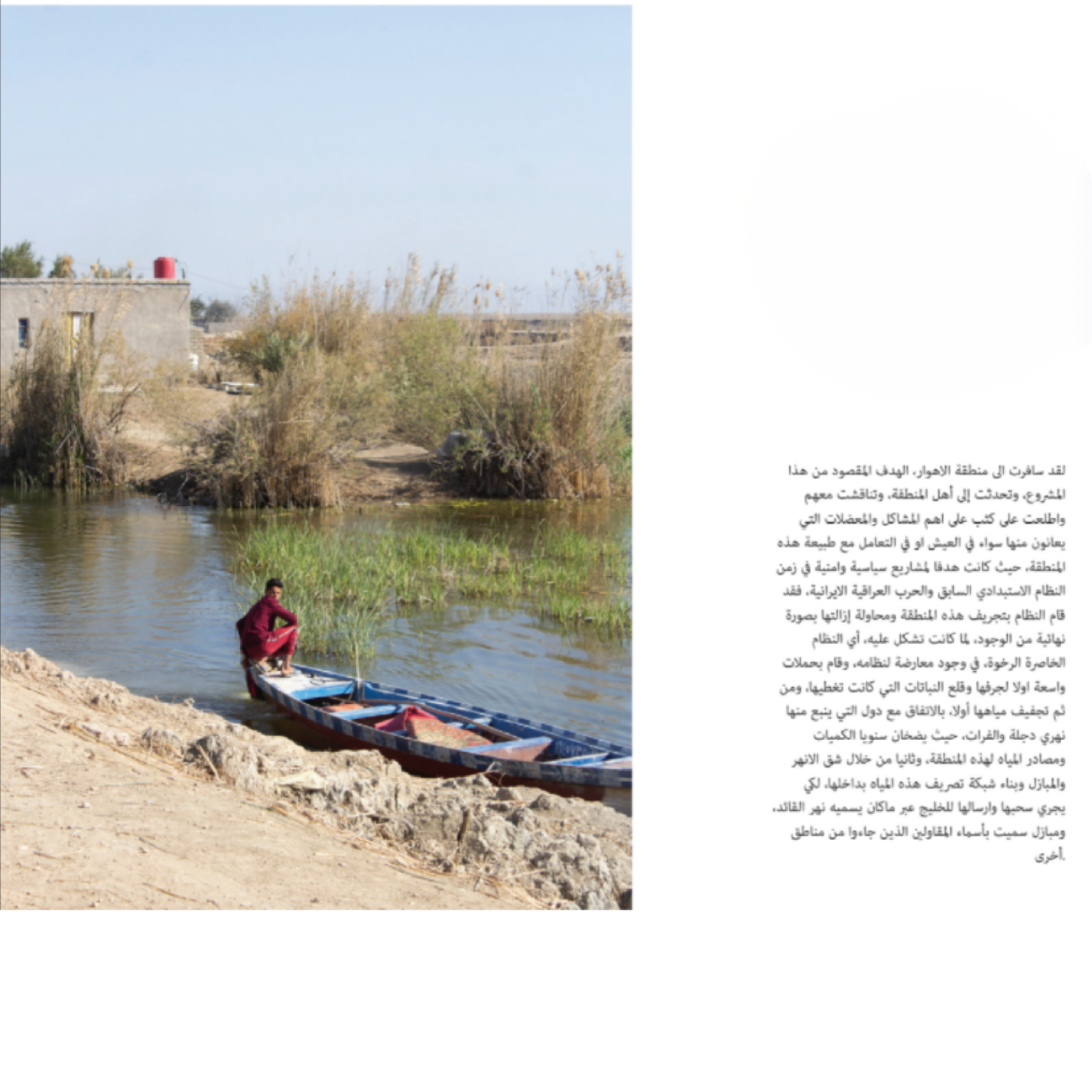 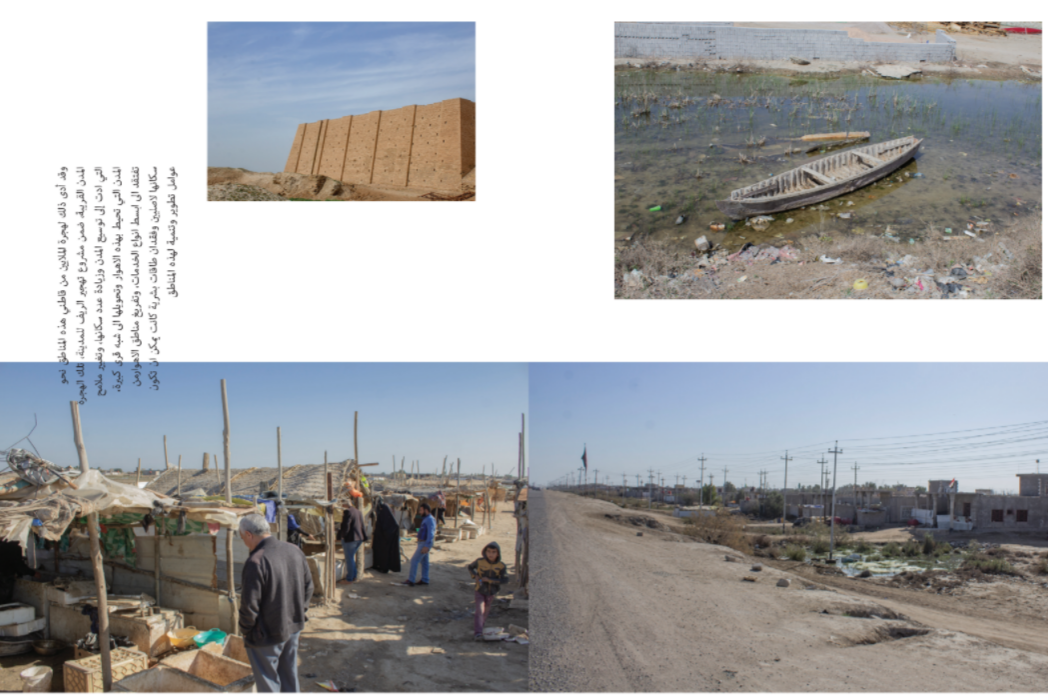 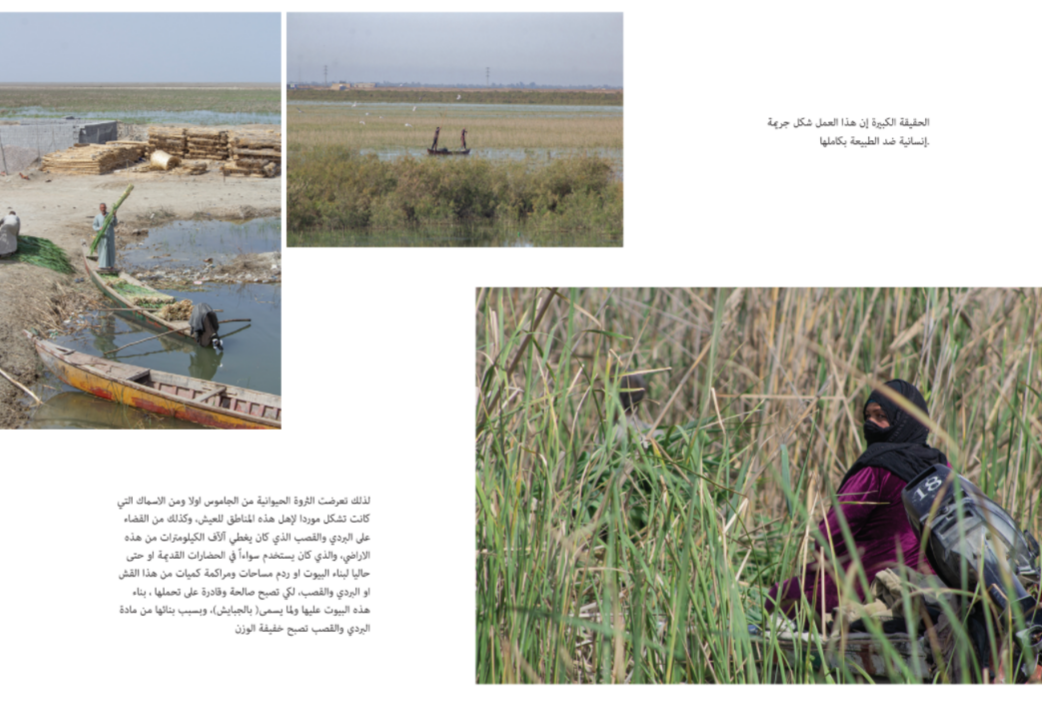 This work was published in the zine accompanying Photo Fringe 2020's Projecting Power: Photography as Activism workshops for 16-21 year olds.

To find out more about the project and view more work from the zine, follow this link.

Maroa's Photo Fringe 2020 digital exhibition "I Want a Nation!" can be found at this link