In Between Gallery: Vera Hadzhiyska 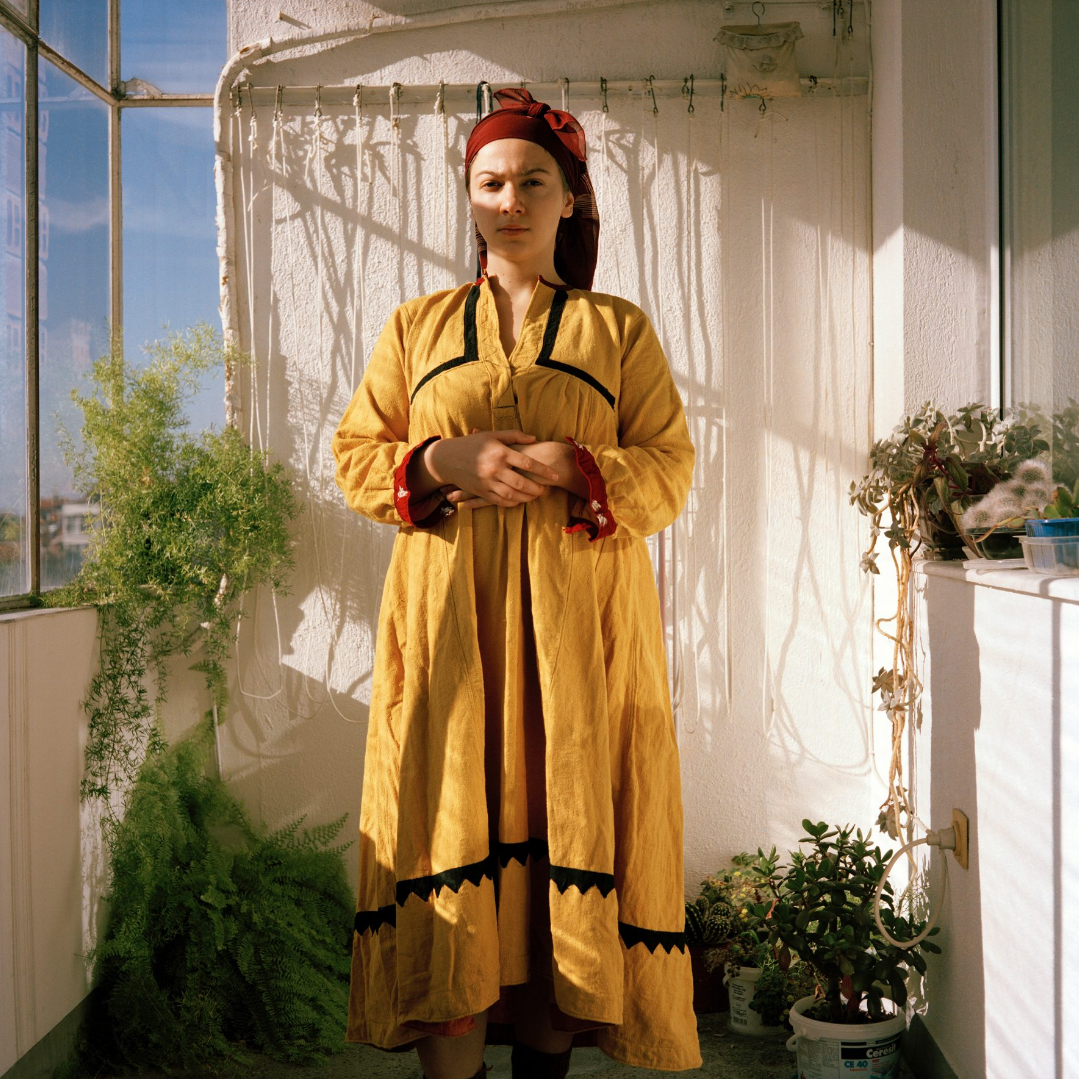 The winner of the latest In Between Gallery opportunity is Vera Hadzhiyska. The Fabrica Gallery open call in partnership with Photo Fringe, Spectrum and Loupe Magazine is to display work by emerging photographers in the temporary gallery in the Fabrica window space showing contemporary photography right in the heart of Brighton.

Vera's piece Yellow Dress (2019) from the series With the Name of a Flower, will be displayed in the main Fabrica window on Duke Street from 25 January.

With the Name of a Flower is a multi-disciplinary project investigating the forced name changes of the Muslim population in Bulgaria (from Arabic names to state-approved Slavic ones) in the period 1912 – 1989.

"Vera was the name of my paternal grandmother who I was named after. However, she was called Ferde before I was born. A Muslim name she was forced to renounce and never use again. In the photograph you see, I am wearing a traditional dress that belonged to her in an attempt to commemorate the lives of countless people who were forced to change their names and experienced violence and trauma."

The Photo Fringe digital exhibition of the series can be viewed on our festival website and we look forward to Vera joining us for an Artist talk in February.